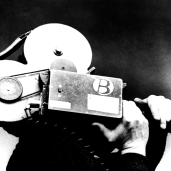 Forest path or mountaintop--the right shoes take you to the top in comfort. Leather or high-performance breathable material? The choice is up to you.
Display per page
Sort by